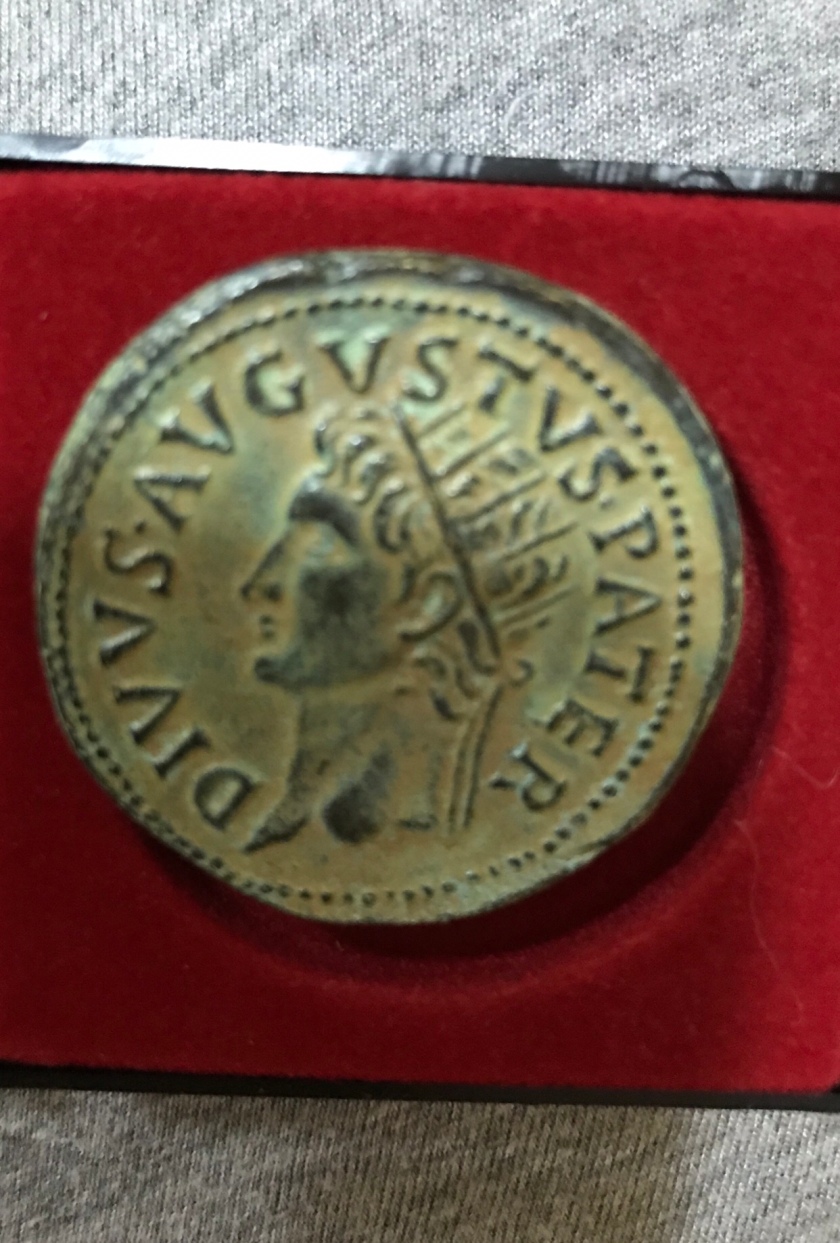 My son and I always fight about this coin. He’s obsessed with it, and I won’t let him have it. It’s a souvenir from Italy. It has meaning for me. He just wants it because he likes to collect coins and this one is unique. It’s big, and different. He keeps asking, ”why can’t I have this one? What’s special about this one?” I have explained to him why not. His answer is always the same. ”Give me this one, when we go next time you can get yourself another one just like it. You know I’ll keep it safe.”

He knows I know that. He will keep it safe. However, he is only 6. He doesn’t really understand that I can’t just hand him a souvenir.

MY souvenir. He has plenty of his own. We always buy them tiny tokens from places that we visit with them so they remember. They come back and decorate them on the highest shelves in their rooms so they or their friends can’t get to them. Those things are off limits. So I am sure he will keep it safe. But it won’t be mine anymore. He has a huge coin collection hidden somewhere in his room. I don’t know if this coin will have the honor of his shelf or his collection. Both I know it will be just as beloved to him. 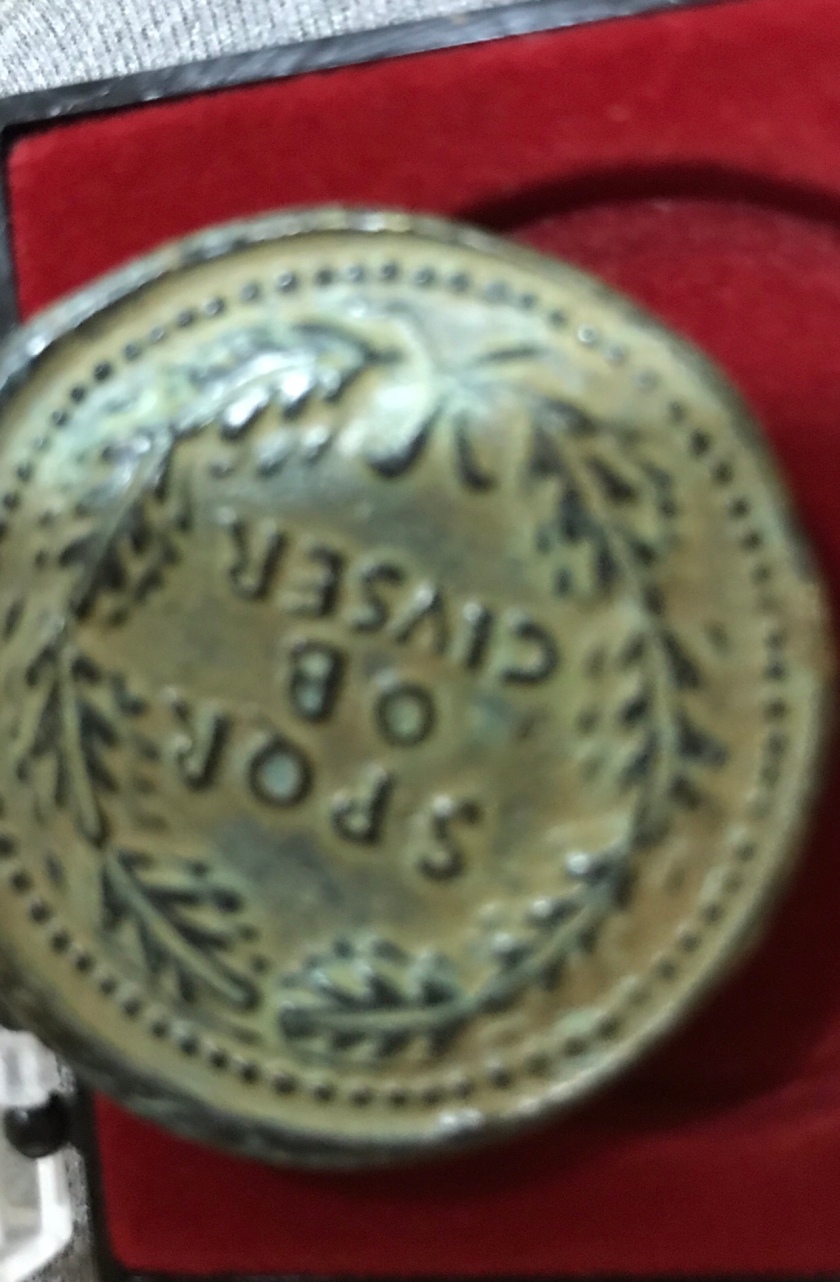 Then I hear things like, ” you’re not giving it to me, that means you love the coin more than me. And I know you love me a lot. So exactly HOW MUCH do you love that coin?” Yup. You really have to give yourself a few seconds before answering these doozies.

This same boy who was questioning our love over a coin brought me some sticks from school one day because he knew I like sticks. The story goes that I bought some colored sticks on Etsy as decoration. They are still in my house in a vase. He asked a lot of questions about those. I told them how I think they were made. Just some branches broken off some trees and spray painted, I told him.

So one day he collected some tiny branches and brought home for me, “I got these for you.” Unsure of the purpose I said, “why?” He said “because you like sticks. I collected these from school.” They’ve been sitting in my nightstand drawer since that day. I’m not sure about liking sticks, but I certainly like those sticks.

Here we are fighting over this coin, though. He’s most likely not going to stop asking, he’s more stubborn than I am. At some point, I’ll give in because the boy did collect branches from some random location for me. They are worth more than the coin.

That day is not today. I’ll keep it until he realizes what this coin is for, and why it’s important. When history becomes a little bit more important to him. Right now he just wants it because it’s big, and catches the eye. He wants it even more because I won’t let him have it.

In the 6 years he’s been alive there aren’t many things he hasn’t gotten that he has wanted. Anyone who has said to me, teach your children the value of money and tell them what it means to be responsible for what they own because it’s important to know what it means to be the lucky few who have everything they want, my response? Of course, they know. I teach them. I make sure they understand. I don’t buy them expensive stuff. There are rules for going to the store. One toy. There’s a price range depending on what country we are in.

Yet, here we are.

He wants a souvenir he doesn’t understand, expensive, and almost priceless and I am not able to make him understand. My excuse? “This is a different case”.

Just like that case was different when I bought him the extra set of dinosaurs because he wanted to make a dinosaur land because that was a “learning project”.

And then that case was different because the younger one couldn’t make a whole farm with his Magna-tiles so I bought him another set. That’s a mind stimulate activity, right?

I don’t regret those decisions, I do regret being a hypocrite though. I know I’ll continue to say I teach them the value of a dollar because in a way I do. They don’t buy expensive toys or more than one toy at a time. Now if only I could learn it myself, and teach them by example as well.

Journalist, CEO/Founder of Femmerang.com, Mental Health Advocate for Women, Mother. I’m trying to get by just like everyone else. It’s a bit harder because of my chosen gender, so naturally not a friend to those who have stood in my way. Rest is irrelevant! View All Posts